Home » What Foods to Avoid If You Have SIBO?

What Foods to Avoid If You Have SIBO? 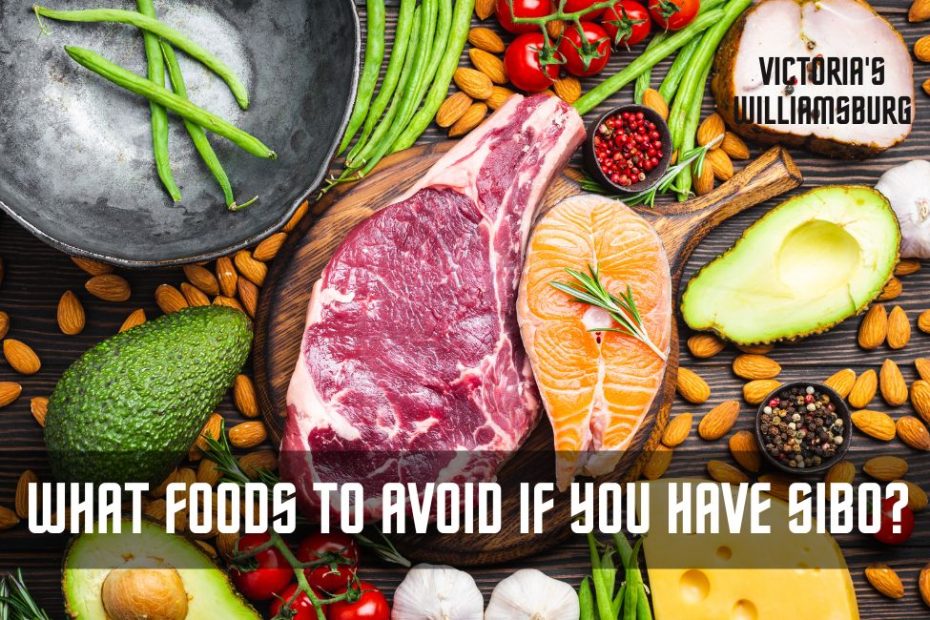 And if you are tested positive for SIBO, then you will be asked to follow the SIBO diet, which involves eating only certain kinds of food. But you should also know that you need to avoid some foods that can exaggerate your condition. So, what foods to avoid if you have SIBO?

As in SIBO, bacteria ferment carbs and cause issues, so you need to avoid foods that are usually high in carbs. It can include wheat, rye, lentils, beans, dried and fruit juices, ice cream and cottage cheese, and some kinds of fruits and vegetables.

Let’s understand more about SIBO and what foods to eat and avoid.

Small Intestinal Bacterial Overgrowth(SIBO) is one of the least understood digestive ailments. Everyone has bacteria in their intestines, but some have excessive amounts. These additional germs can cause issues.

Excessive bacterial growth in the small intestine causes a variety of symptoms, including significant bloating, gas, diarrhea, burping, and constipation.

SIBO is significantly more frequent than previously thought, but it is vastly underdiagnosed because most doctors are unfamiliar with this recently discovered ailment.

How Diet Is Significant To Treat SIBO?

When bacteria in your digestive tract absorb carbohydrates, they produce gasses as a result. The term for this process is fermentation. The greatest SIBO diets are designed to nourish you while starving your gut bacteria, hence maintaining low fermentation levels. This is accomplished by consuming fewer fermentable carbs.

The goal of the SIBO diet is to preserve intestinal health by consuming foods that are less prone to ferment and feed coliform bacteria.

What Foods To Eat If You Have SIBO?

The simple idea is to eat foods low in sugars and carbs and break them down easily in your system without feeding the bacteria. There are a lot of technical terms on what to eat if you have SIBO, but to put things simply in front of you, here is the list of foods that you can eat.

What Foods to Avoid If You Have SIBO?

You need to avoid the HIgh-FODMAPS diet, a high sugar and carbohydrate diet that can allow the bacteria to feed on food and cause you discomfort and issues. So here are the foods that you need to avoid while on SIBO Diet:

How Effective Is The SIBO Diet?

Studies have shown that dietary adjustments, such as restricting sugar and lactose, can help prevent bacterial overgrowth. In addition, antibiotics and probiotics can be used in conjunction with the SIBO diet.

While severely restrictive diets can help patients with diseases like IBS or SIBO feel better, they can also be harmful to their overall health.

It is best to follow the advice of a dietician so that you do not fall into the traps of diets.

This was all about what foods to avoid if you have SIBO. So simply saying you need to avoid high FODMAP foods, high carb and sugar foods that can give the bacteria their food and result in pain and uneasiness to you. Also, if you have SIBO, it is best to have the advice of a doctor or dietician before starting something yourself.

We hope this article was helpful & informative. Please leave your valuable thoughts & suggestions in the comments below!

Thank you for reading!

No comments to show.